For the last few political cycles since I’ve came back home to Texas in May 2010, the Republican TV commercial I see love to have the tagline of ‘proven conservative leadership’.

To me and everyone else in reality based world who pays attention to politics, the only thing that ‘proven conservative leadership’ proves is how off the charts stupid it is. The latest example of that comes from Atlanta.   Delta Airlines has been headquartered in the ATL since 1941, and is the largest carrier at Hartsfield-Jackson International Airport.  It is also the world’s second largest airline and one of Atlanta and the state of Georgia’s largest private employers, with over 33,000 workers in the state of Georgia.

So when Delta asked the state to cut it some slack on the Georgia jet fuel tax, the GOP controlled state legislature, in order to lend credibility to its ‘business friendly’ political mantra, began to oblige it by putting together legislation to restore a $50 million jet fuel sales tax exemption in a large tax reform package requested by Gov.Nathan Deal (R).

While it as billed as a boon to all airlines, the primary beneficiary would be ATL based Delta.

The bill sailed through the Georgia House and was in the process of doing the same thing in the Georgia Senate when the February 14 Parkland, FL mass shooting happened and Delta, with United Airlines following suit two hours later, ended the discount National Rifle Association (NRA) members get. for using them to travel to the NRA’s annual conference which will be held in Dallas (for now)..

Delta joined a growing list of companies that are ending partnerships with the NRA in the wake of the mass shooting at Marjory Stoneman Douglas High School that killed 17 people.

That pissed off Georgia Lt, Governor Casey Cagle (R) who is not only running to replace the term limited Gov. Nathan Deal (R), but has an A+ rating from the NRA he brags about.  Cagle is also considered the favorite to get the GOP nomination

He tweeted to Delta in the wake of it, (and probably set himself up for an extortion charge) that he would kill any tax break that Delta benefits from unless the NRA discount was reinstated.

An NRA airline discount that has only been used 13 times in the last 5 years.

The GOP controlled Georgia Senate then followed through on Cagle’s threat by cutting the jet fuel tax exemption from the tax cut bill Gov. Deal wanted before passing it.

Atlanta was in the running for Amazon’s second headquarters before this happened, so it remains to be seen if they get it now.   Meanwhile cities that praised Delta’s move began to pitch Delta about moving their hub to their areas.

“.@Delta, if Georgia politicians disagree with your stand against gun violence, we invite you to move your headquarters to New York,” tweeted New York Gov. Andrew Cuomo.

Even Cagle had to admit after dissing the airline and killing its tax break Delta’s importance to the state’s economy, calling the dispute a ‘family squabble’.

But Delta’s probably not feeling the love for Cagle or his Georgia Republicans, and may do some political punishing of their own by bankrolling dome Democratic candidates in the state

I sure hope that’s the result of this. 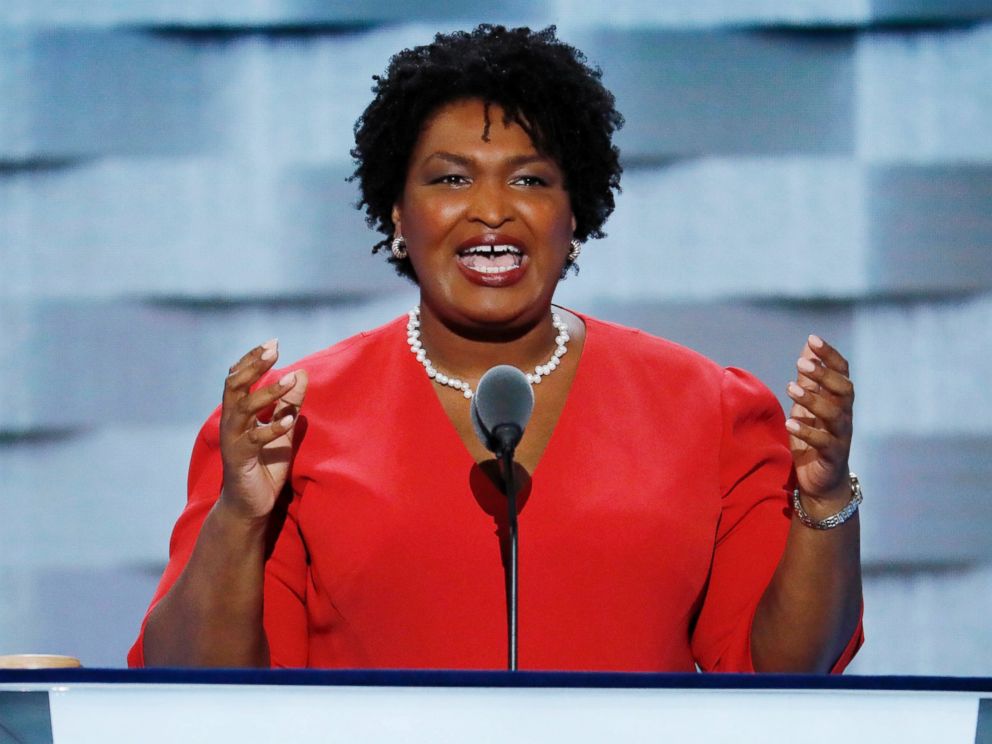 If this political posturing and attacking of Delta ends up getting Cagle the Republican nomination for governor, I hope Georgians remember that this man revealed that he cares more about the NRA than them, and it results in this Black woman, Stacey Abrams, being elected governor of Georgia on November 6.