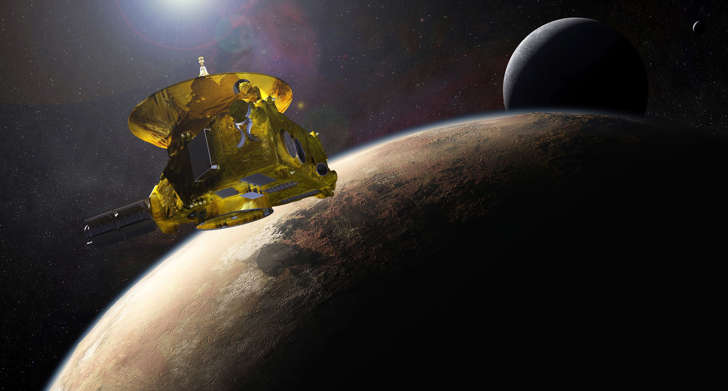 Because I am a Kennedy Baby, I have grown up as a serious space junkie watching NASA and the US space program undertake some amazing exploratory manned and unmanned space missions .

The Mercury missions started a year before I was born.  The Gemini missions happened when I was a toddler, and I spent some of my Saturday mornings as a teen watching as an elementary school student and into my early teen years Walter Cronkite cover the various Apollo moon landings.

I got to see the launch of Skylab as a teen and the three missions that happened on it in 1973-74.  I was saddened when our initial US space station burned up on reentry over the Pacific in 1979 before it could be refurbished and boosted into a higher orbit.   I watched the Voyager I and 2 probe launches in 1977 as a high school student that flew by Jupiter, Uranus, Neptune and off into interstellar space and the Space Shuttle program. I have grown to adulthood during a period where the knowledge of our solar system and space has exponentially grown. While bassackwards elements of the GOP may hate science, I and many reality based Americans, especially those of us who have grown up here in a Houston in which NASA is an important sector for our local economy, don’t.

I am also quite aware that NASA technology and ongoing research is benefiting our 21st century  lives today.

Today at 7:49 AM EDT the New Horizons probe will zip by Pluto a mere 7800 miles above its surface to take pictures of the planet.  It will do the same to Pluto’s moon Charon form 12,000 miles over its surface before zooming off into the Kuiper Belt and a rendezvous with a dwarf planet to be named later.

When that flyby of Pluto happens, the USA will become the first spacefaring nation to have sent probes to all the known planets (I still consider Pluto as a planet along with the IAU) in our solar system.

As New Horizons gets closer to Pluto, I also with the rest of humanity will get to see close up pictures of it for the very first time.

And I’m so looking forward to that along with every other space junkie.