This is not an April Fools Day joke.   If you weren’t watching the NCAA women’s Final Four semifinal game between Mississippi State and UConn from Dallas, you missed a historic game.

UConn was on a 111 game winning steak and playing for a shot at their fifth straight NCAA title against a team that they beat by 60 points last year in Mississippi State.

But this year’s UConn squad lost four seniors from that title team, and Mississippi State was fueled by that embarrassing for them 60 point loss to have an amazing 2016-17 season.

After Mississippi State knocked off Baylor to get another shot at Goliath, no one in the country expected them to win this game.

But the Bulldogs had other ideas, and they raced out to a 36-28 halftime lead before UConn clawed their way back into it. The Bulldogs had a shot at winning it in regulation, but Morgan William’s attempt to hit the streak busting shot was blocked by Gabby Williams to preserve the tie and send the game to overtime. 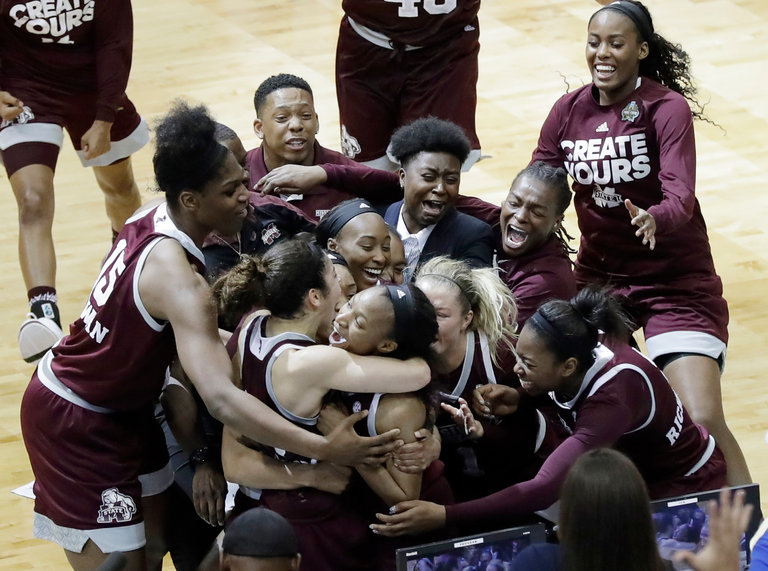 Morgan William got another chance to hit a game winning shot and this time she didn’t miss.

66-64 Bulldogs.   And fittingly the smallest player on the floor slayed the basketball Goliath that is UConn

Oh well, I got half of this year’s women’s title game right.

Mississippi State has taken down might UConn to set up an all-SEC final with South Carolina.   Do they have one more upset in them?