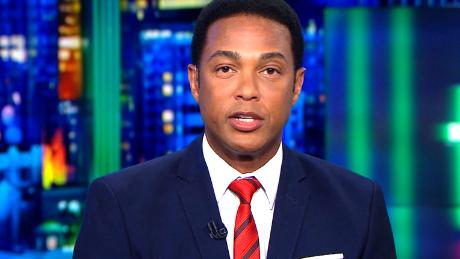 “For years, I and others have been trying to tell you, the American people, that this man has been exhibiting bigoted behavior. I’ve asked him about it a number of times, and he denied, but kept up the racist rhetoric throughout the campaign and now while he’s in the White House.”-Don Lemon  January 11, 2018

CNN ain’t playing with this misadministration any more.   They are calling Trump’s orange azz out.

Don Lemon opened his show with the words ‘The President of the United States is a racist’ before going into his ‘Don’s Take’ monologue    And he went all the way in on Trump, his voters and enablers.

Here’s the video if you didn’t see it/