Today I’m going  to have to call out some of the very women that I have spent years defending in Black cis women.   Specifically, the Black cis feminine transphobes in our midst.

Y’all are really feeling froggy lately.   First it was Chimamanda Adichie with her transphobic BS that she doubled down on that I and other trans women had to call out, and ,now we have Stacey Patton letting loose with her anti-trans screeds.

Let me repeat the words of Raquel Willis from her March 13, 2017 The Root  ‘Trans Women Are Women.  This Isn’t A Debate’ article one more time loud enough for you chocolate transphobes to hear;

And Moni approves of this message.

Black Trans women are women.  Black trans women intersectionally show up and show out for everyone’s human rights struggles, but when it’s your turn to show up for us, you’re MIA or regurgitating the same disco era TERF crap created by white fauxminists.

Miss us with your chocolate flavored wannabe TERF intolerance. 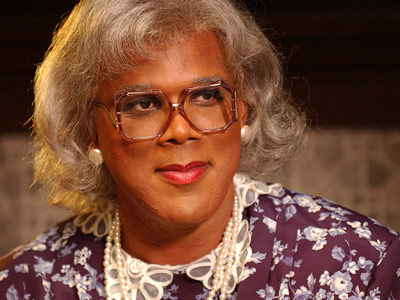 It’s sad that some of you Black cis women give more respect and love to Tyler Perry dressed as Madea, up to and including using female pronouns for him while dressed in drag, than you do the Black trans women living in the same ‘hood with you.

It’s bad enough that we Black trans women are literally being slaughtered in the streets, white TERF’s and fauxminists have been attacking our femininity and humanity since the 70’s and you have been cricket chirping silent about that.

Black trans women are not your enemy Black cis feminine transphobes, and you need to check yourselves and recognize that.

We don’t need you piling on and attacking our humanity.  We Black trans women have enough on our human rights plates right now dealing with people trying to kill us, the attacks on us coming from the conservative movement, Republican legislators, elements of the LG community, the TERF’s, and the Roman Catholic, Southern Baptist and white evangelical churches.

We are struggling just to have our voices heard in Trans World since trans femininity has been discussed ever since Christine Jorgensen stepped off the plane in February 1953 from a white lens.

We Black trans women don’t want and need that transphobic crap from y’all and we ain’t having it.   Neither are we tolerating the knee -jerk transphobia coming from your ranks.

The bottom line that should concern you as it does us is that Black femininityhas been under attacksince our ancestors got that first unwanted free boat ride from Africa to what later became the United States in 1619.    We would rather be spending our valuable time building sisterhood with you, fighting all comers who dare attack and demonize Black femininity, and working together to solve the issues that plague all Black women.

Think about that before you part your lips to say transphobic crap or share a transphobic TERF post..

TransGriot Note: TERF is an acronym for Trans Exclusionary (or Exterminationalist) Radical Feminist.   Yeah, some of the predominately white TERF’s have gone there and called for our genocidal extermination.