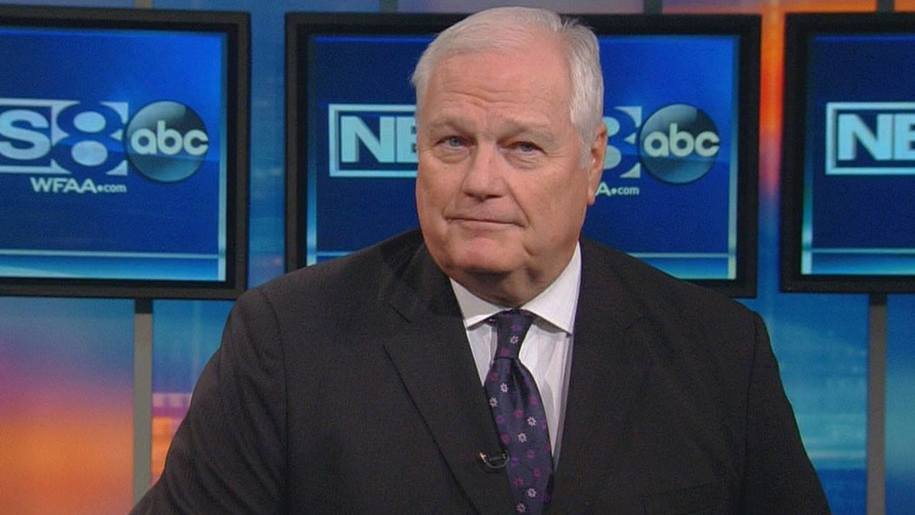 Since I have many of my relatives on my mother’s side of the family in Dallas and my mom grew up there, I spent a lot of time on that northern end of  I-45, and still do because of my annual BTAC trip.

One of the joys of being on that end of Dallas is being able to watch longtime WFAA-TV 8 sportscaster and journalist Dale Hansen call it like he sees it about sports and other pertinent issues.   I’ve posted some of his Hansen Unplugged commentaries on the blog, and this one calling out my reprehensible Lt. Gov. Dan Patrick (R) is one that definitely needs to be signal boosted.

Hansen calls him out for blaming everyone but himself and his Texas Republican colleagues for passing the open carry law that allowed Micah Johnson the ability to buy the automatic weapon that he used to kill 5 DPD and DART police officers and leave 10 other people wounded.

And he calls him what I would have called him had his remarks come in time for last week’s SUF Awards.

Hansen also drops this truth bomb during his commentary while calling the shooting ‘an attack on our basic humanity.’

“A white man in America doesn’t die for selling cigarettes on the street corner, he gets a ticket.  A white man in America doesn’t die for driving with a broken tail light, he gets a ticket, too.  And the officers who abuse the badge and the power they have should be punished, but too many times they are not.’
But I’ll let you hear and see once I find the video for it his eloquent takedown of Patrick and his commentary about the Dallas shooting..