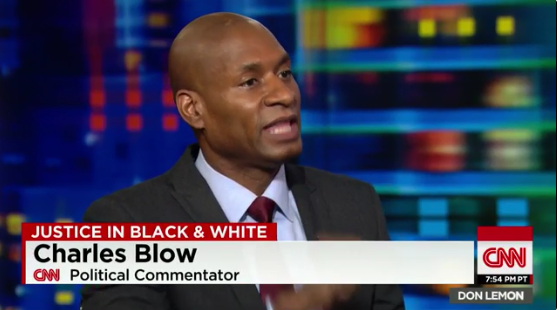 I  had the opportunity to meet CNN commentator Charles Blow during one of the LGBT Media Journalists Convenings I attended n Baltimore, and I love his NY Times columns and takes on many issues.

Of course, he was called in when in the wake of Trump’s comment about Haiti and other African nations as s***hole countries, and here’s what he had to say about Trump,his base and his enablers at FOX Noise.