First,
I feel “honor bound” to say that I am NOT a separatist; I believe in
respecting and caring about ANYONE (be it man, woman, child, black,
white, gay, straight…etc.), as long as I get the same treatment from
them. By that same token, I am not one to close my eyes to truths and
calling ’em like I see ’em. And after the last few days of watching the
Trayvon Martin case unfold (and being angry as hell about it), it
occurred to me that there was another case that seemed as important but
hasn’t gotten (in my opinion) enough attention, so I decided to post
this.

I don’t know what is going on in
this country, but it seems to me that since the advent of President
Obama’s election, the ugly animal of racism, who had been thought by
many to have been thoroughly “slayed”, has only been sleeping; an
atmosphere that has continued to be just below the surface has burst
through with an intensity that’s so obvious it’s astounding to behold…

Now I know there will be those
so naive as to say, “You all are always ‘pulling the race card’…” when
it’s pointed out, but there are also those who say the same thing,
because all along they know it exists, and only want us to believe they
believe it, or are that we are mistaken…

Now, although we are righteously incensed at the recent murder of young African American Trayvon Martin in Sanford, FL.
by
a Caucasian George Zimmerman (Feb. 26, 2012), I don’t believe we can
view this as a “down South thing”; there has been another case whose
injustice has been carried on since June 6, 2011…that is the arrest
and continued prosecution of African American CeCe McDonald, accused of
killing Caucasian Dean Schmitz in Minneapolis, MN.

My piece today is to show the
differences in these two cases, while also showing how the ugly beast of
racism seems to be hard at work in both. 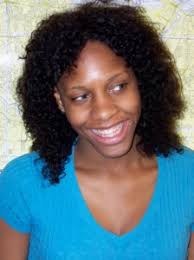 The
most glaring evidence in the Trayvon Martin/George Zimmerman case is
the fact that besides being unarmed, he was a young Black man walking
down the street minding his own business; he was breaking no law…just
running a “refreshment call” to the local 7-11 convenience store for
Skittles and a can of ice tea. He was alone, so there was no eyewitness;
so police only took into consideration the claim from Zimmerman that
he’d shot Trayvon “in self-defense”. The police then allowed this claim
to keep Zimmerman out of jail, uncharged.

In the CeCe McDonald/Dean Schmitz case,
CeCe was, by eyewitness accounts, also minding her business; walking to
a neighborhood store with a few friends. Their route took them by a
neighborhood tavern, where they were accosted by a group of loitering
Caucasians who verbally assaulted them (using racial and gay/gender
identity slurs); when CeCe refused to accept their insults and
responded, she was attacked and injured by a female in the group busting
a glass in her face, a brawl ensued and Dean Schmitz was stabbed. CeCe
was the only one arrested that night and charged with murder, and her
claim of self-defense was ignored. Hennepin
County Attorney Michael Freeman, has a history of racially “slanted”
law distribution…he has refused to drop the charges, and she remains
in jail awaiting trial.

So now, what are the ways in which these two cases are the same?

1. Both folks who seem to be
getting the “short end of the stick” with regard to ‘justice’ are Black.
(On his own word, armed [and by the way, he was much bigger physically
than Trayvon Martin], non-injured Zimmerman was allowed to walk and has
not been arrested & charged YET [and in hiding]; CeCe with
eyewitnesses to her attack, sustaining 11 stitches to her face after
being the first to be attacked, had her claim of self-defense ignored
and is still in jail.)

2. Both Blacks were minding their own business; doing nothing illegal or infringing on others…just OWB (Out While Black).

3. Both are atrocious miscarriages of justice that cry out for attention and correction.

4. Both cases appear to be hate crimes.

How are they different?

1.
Trayvon was an African American young man, a presumably heterosexual
(was talking to his girlfriend on his cell phone the night of his death)
member of the “mainstream”, while CeCe is an African American transgender woman, a member of a community that is the most
marginalized in the United States (perhaps that’s why, although her
case is very nearly as heinous, it’s gotten almost NO media attention or
“community support”).

2. CeCe was arrested for Dean Schmitz’s death the same night, but Zimmerman is still free after 3 weeks.

3. Trayvon’s case occurred in
“the South”, and CeCe’s case happened in “the North” (so I suppose we
can see that the “beast” is nationwide).

So in conclusion, here’s what I
propose. That ALL Americans of good conscience make their outrage known
about these and other cases like them that may have slipped under the
radar of public attention. We have to rout out the bigots who have
intensified their efforts to erase the progress made this far to create a
more equitable America. And we have to advocate for one another
regardless of race, sexual orientation or gender identity…we’re all part of the HUMAN RACE.

1 thought on “The CeCe McDonald and Trayvon Martin Cases; How Are They The Same Or Different?”