Assuming my flight left DFW on time, I’m winging my way to Chitown as your read this.

One of the things about every Creating Change is that when you have a conference in which 4000 advocates come to town for a major conference that has the goal of training LGBT advocates to do the work, we shouldn’t be surprised if people take the tactics they learned and aim them at you or decide to use the heightened media spotlight this convention gets in the LGBT and local media to advocate for various causes. ..

Drama is already happening in advance of the start of Creating Change 2016.

We already had ICE cancel a problematic #CC16 panel back on January 12, and now a kerfuffle has erupted over the cancellation and now reinstatement of a January 22 reception sponsored by the group A Wider Bridge.

Dean Spade and Dark Matter were openly critical of the reception, calling the group Zionist and an Israeli government front organization trying to pinkwash the ongoing conflict and Israeli treatment of the Palestinians.

When the reception was canceled on January 15, Jewish LGBT people responded in outrage, accused the Task Force of being anti-Semitic and began the noisy push to get the event reinstated on the #CC16 calendar.

The increasing rancor between the two groups resulted in National LGBTQ Task Force Executive Director Rea Carey to issue this statement Monday about the reinstatement of the reception. 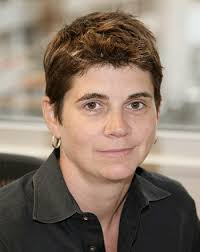 Having taken in a range of information and seeing what has happened over the last couple of days, I have decided to reverse our decision to cancel the ‘Beyond the Bridge’ reception hosted by A Wider Bridge with guest speakers from the Jerusalem Open House. It is our belief that when faced with choices, we should move towards our core value of inclusion and opportunities for constructive dialogue and canceling the reception was a mistake. Our decision was made by staff; neither our board members nor the local Host Committee were involved.  We are aware that our original decision made it appear we were taking sides in a complex and long-standing conflict, which was not the intention, and that in cancelling the reception we deeply offended many people, and our reversal will offend others.  In reversing the decision today, we want to make it quite clear that the Creating Change Conference will always be a safe space for inclusion and dialogue for people with often widely different views.  It was not at all our intention to censor representatives of the Jerusalem Open House or A Wider Bridge at Creating Change and I apologize that our actions left people feeling silenced.

Stay tuned, because the drama over this event probably isn’t over, and we’ll see how this plays out on Friday.