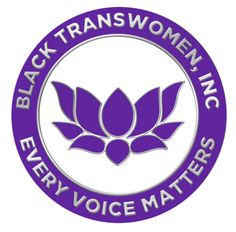 As a Dallas based organization, Black Trans Advocacy Coalition expressed our anger and dismay concerning the April 12 hate attack visited upon our sibling Muhlaysia Booker.   We were happy to hear that Dallas police arrested Edward Thomas in connection with that case, and are aware that the investigation into that transphobic mob attack on her is ongoing.

This afternoon BTAC was shocked, angered, stunned and saddened to learn that the trans woman found dead Saturday morning in far east Dallas was positively identified as Muhlaysia Booker.

The 23 year old Booker was found shot to death in the 7200 block of Valley Glen Drive near the Tenison Park golf course.  As of yet there are no suspects in this case, and if you have any information that will lead to the arrest of the person or persons who killed our sibling, we urge you to call the Dallas Police Department.

BTAC wishes to express our sincere condolences to the family of Ms Booker and all the people who loved her.

Rest in power and peace, Muhlaysia.   You didn’t deserve this.  BTAC is committed as an organization to do what we can as a organization and as members of this community to ensure that the perpetrators of this heinous crime are brought to justice.

One of the reasons why BTAC is extremely angry about this murder besides it happening in our headquarters city, is because back on April 29 Monica Roberts traveled to Austin immediately after the conclusion of our 8th annual conference to represent BTAC and testify in favor of HB 1513, a bill that would have added gender identity to the James Byrd Hate Crimes Act.

Unfortunately, after her testimony and the testimony of several other Texas trans people as to the necessity of us being covered in this hate crimes legislation, the bill was left pending in the House Criminal Jurisprudence Committee.  HB 1513 has died for this 2019 session.

Now Muhlaysia has unfortunately joined the ancestors, and the negative message continues to be sent that it is open season on trans people in the Lone Star State and everywhere else in this country.

When will you care that our Black Trans Lives Matter?   When will Texas legislators right the wrong that occurred in the 1999 and 2001 legislative sessions that resulted in trans people being cut from the Byrd Hate Crimes Act?

When will you stop killing us?    When will other Black community organizations join BTAC in not only condemning this and other killings of Black trans people. but commit themselves to coordinated action in our Black community to eradicate anti-trans violence?