Provincial trans rights laws in Canada have been on the fast track since 2012, with seven Canadian provinces, Ontario, Newfoundland and Labrador, Prince Edward Island, Manitoba, Nova Scotia, Saskatchewan and Alberta  plus the Northwest Territories being ones that have laws that explicitly protect  transgender people from discrimination..

New Brunswick, Quebec, Nunavut Territory and Yukon Territory don’t have explicit language in their human rights acs, but interpret the current laws in ways that imply trans human rights are covered in those areas

We are also awaiting action on C-16, the federal trans rights bill that has been tabled by the Liberal federal majority and has passed its first reading. 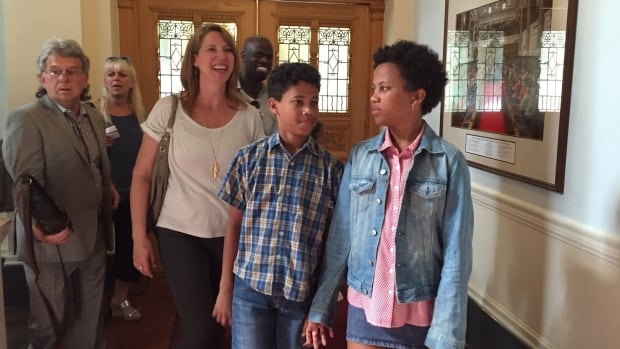 On Monday British Columbia finally joined that list of provinces that protect the rights of their trans citizens thanks to the passage of Bill 27, a bill that was fast tracked through the legislature in one day as transgender BC residents like Tru Wilson, her family and others came to Victoriato lobby for its passage

NDP MLA Spencer Chandra Herbert has been trying for five years to get four different private members trans right bills through the BC Legislature without success, so it was a surprise that the BC Liberal majority finally decided on July 25 to table and pass in all three readings Bill 27.

Bill 27 is now awaiting royal assent by BC’s lieutenant governor, and adds explicit trans rights protection to the BC Human Rights Code.  Gender identity and expression are now listed as protected classes, and BC trans folks can no longer be fired, lose housing or face discrimination just for being their trans selves.

While Bill 27 was passed unanimously,  there was opposition from one of the ruling Liberal Party MLA’s in Laurie Throness.  He cited the usual anti-trans BS to justify his opposition to the bill, called it ‘unnecessary’, but abstained from voting against it.,

Well peeps, if you live in the Chilliwack-Hope provincial riding, y’all know what to do in the next provincial election.   Vote this transphobic bigot out of office.

Congrats British Columbia for finally recognizing that trans rights are human rights, and doing the right thing in protecting the human rights of BC residents.