The Virginia state elections are happening on November 7, and if you live in the Commonwealth of Virginia and haven’t handled your electoral business, bust a move and handle itbefore it’s too late.

Roem is taking on District 13 long time incumbent Del. Bob Marshall (R), who is a longtime enemy of the TBLGQ community and hasjustifiably earned the nickname he hates in ‘Bigot Bob’. 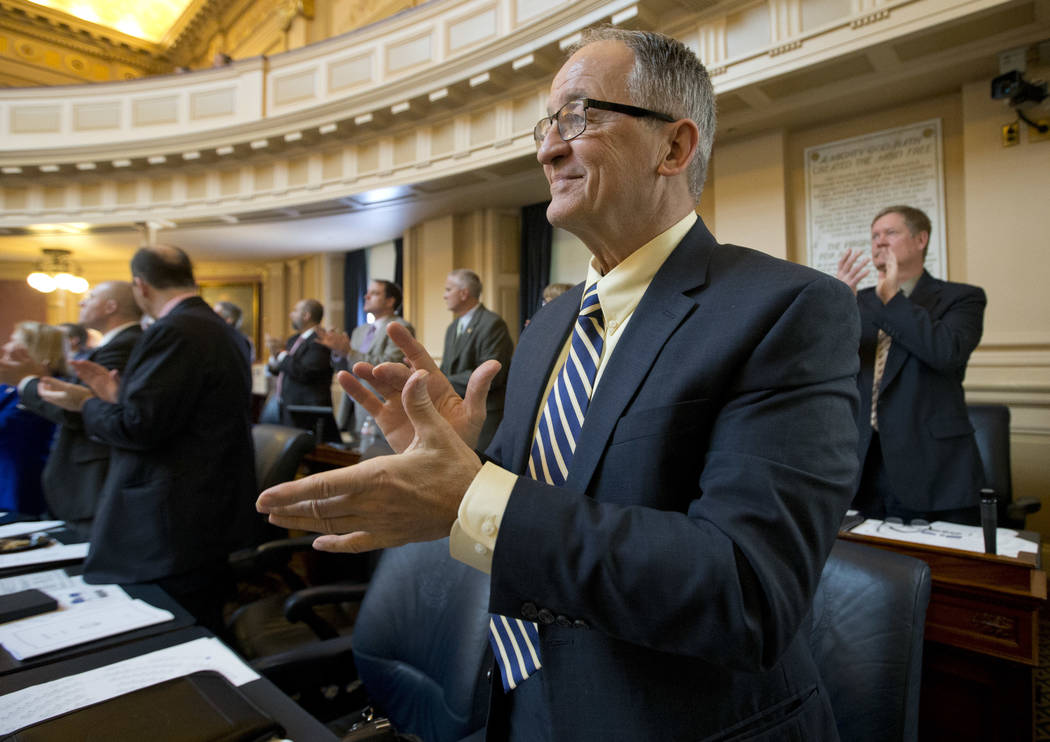 The 73 year old Marshall is a prime example of what I’m talking about when I say that the most dangerous bigot is the one who has the power to write legislation.

He sponsored Virginia’s anti-gay marriage ban that was approved by a majority of Virginia voters in 2006 and was in effect until it was struck down in federal court and has been a longtime champion of anti- TBLGQ causes.

In 2015 he tried to get a bill passed that would have legalized discrimination against Virginia’s TBLGQ community in hotels, restaurants, schools, hospitals, government agencies and businesses.

In this recent legislative session he sponsored Virginia’s attempt to pass an anti-trans bill modeled on North Carolina’s HB 2 that thankfully died.

Marshall, who have been in the Virginia House of Delegates since 1992 representing this northern Virginia district that covers Prince William and Manassas counties, has been a proud foe of our community. So it’s hypocritical that  Marshall is now crying crocodile white tears because he’s being called ‘Bigot Bob’ while in the same breath, his transphobic behind is misgendering his Democratic opponent and refusing to debate her.

I guess when you’ve been so busy using your legislative power to oppress people, it doesn’t leave you time to learn what the actual issues are that affect your district, huh?

Good luck trying to use her trans feminine status to ‘scurr’ people into voting for you.   She’s already winning the fundraising battle by a 5-1 margin at the local, state and national levels because there are a lot of people, especially in the TBLGQ community that want you gone. It would be exceedingly delicious to me as a trans woman to see on November 7 Bigot Bob get taken down by a trans woman.   Danica has definitely demonstrated in the primary campaign that she handily won over four opponents and in this general election campaign that she does have a keen grasp of those issues, and that’s probably why he’s avoiding her.

Bigot Bob can run, but he can’t hide forever, and he will have to face Danica Roem sooner or later. He can either do it now, or when he’s making his concession speech on November 7

Another group of people he’ll have to face on November 7 is the voters of District 13, which went solidly for Clinton in last year’s presidential election