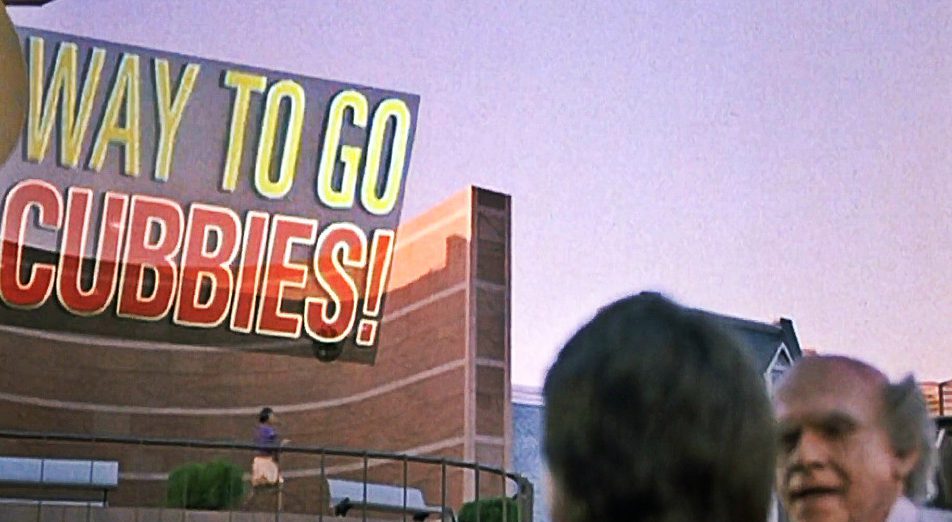 While I was watching that thrilling World Series Game Seven that ended over a century of frustration for the Chicago Cubs, it hit me that the Back To The Future II movie that was set in October 2015 had a scene in which the news video board in Hill Valley flashed news of the Cubs winning the World Series.

It was against a team that didn’t exist at the time the movie was released in 1989 in the Miami Marlins,.  The Marlins only came into existence two tears after the movie debuted and they are a National League franchise. not an American League one.

Something else the movie got right along with the handheld tablet computers and multiple television channels,   Still waiting for my hoverboard and the self lacing Nikes.

The movie predicting the Cubs being world champions was off by a year and in real life it was against the Cleveland Indians ,but at this point long suffering Cubs fans don’t care.  They have waited 108 years for this moment to happen and I definitely feel their joy.  I experienced it myself when the Rockets finally broke through in 1994 and ended our H-town sports title drought..

Waiting for the Astros to finally win that elusive World Series title after a series of frustrating playoff losses..

Back To The Future II was right   The Cubs are champions of the American baseball world. Somewhere Harry caray is smiling about that along with Cubs fans there and around the country.