Ever since these so called ‘religious freedom’ laws were proposed by the Republican conservafools and their evilgelical accomplices, I and other non-white Americans long ago saw through the transparent attempt to reinstitute Jim Crow style discrimination and aim it at TBLGQ people.

I saw the danger of giving people the right to refuse service based on specious religious grounds, because I believed it would be aimed at the trans community and other non-white groups the fundies didn’t like.

This past weekend the news broke that back in April, Hilde Hall went to her local CVS store in her Phoenix suburb of Fountain Hills, AZ to get her hormone prescription filled.

Her excitement about that happening quickly turned to anxiety and anger when the pharmacist not only refused to fill her prescription, but committed a possible HIPAA violation by loudly outing her to other CVS employees and pharmacy customers.  In addition, the transphobic pharmacist refused to give back the written prescription so she could get it filled at another pharmacy.

FYI, CVS has a perfect score on HRC’s Corporate Equality Index, which trans advocates for several year now have said has flaws when it comes to trans rights issues.

Hall’s doctor was forced to call in the prescription to another pharmacy, which was filled with no drama at a nearby Walgreens.    Hall called the CVS Customer Service twice line to complain about her unjust treatment, but her concerns weren’t addressed until she filed a complaint with the Arizona State Board of Pharmacists and started talking to the ACLU.

CVS to their credit, has apologized to Ms. Hall for the incident, and as I alluded to earlier in this story fired the transphobic pharmacist in question.  Too bad we don’t have that pharmacist’s name so they can be shamed for being a reprehensible bigot. .

Note to you medical transphobes.   If you attended or are planning to attend a medical, nursing or pharmacy school and think your right wing ‘dry as dust’ fundie ‘faith’ gives you the right to discriminate against LGBTQ people or anyone you don’t like, no boo boo kitty, it doesn’t.

Our LGBTQ tax dollars pay for the upkeep and maintenance of those medical, nursing or pharmacy school you matriculated at with the implied contract that once you graduate and getlicensed by the state, you would serve the health needs of the general public.

The ‘general public’ in this case also includes transgender people.   If your transphobic or homophobic behind can’t or won’t serve all citizens once you get those medical or pharmacy degrees, and you are citing BS religious freedom laws as your justification, then do society a favor and don’t become a doctor, nurse, psychologist or a pharmacist in the first place 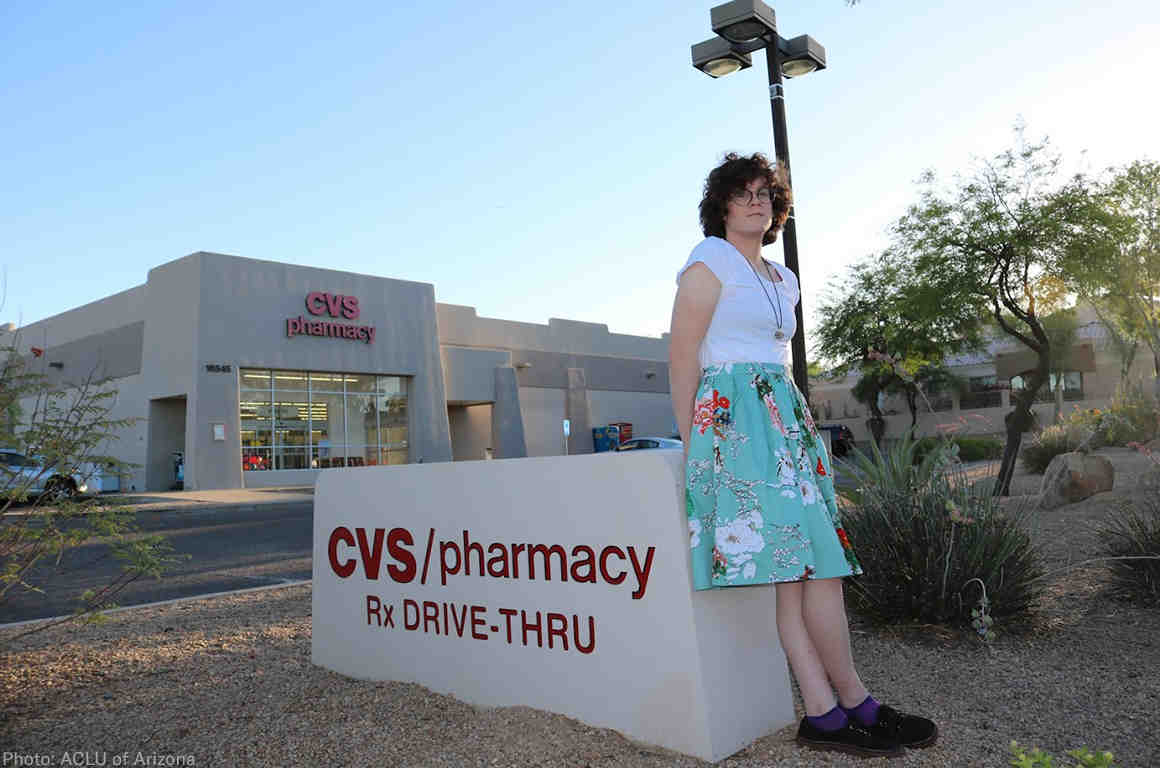 Trump’s, the Republican Party and the evilgelical wing attacks on trans Americans have emboldened low level bigots to feel they can exercise their oppressor gene with impunity.

These bigots are fortunately finding out that acting on their transphobia can be a job killing exercise.

It is critically important that we stand up for our humanity and human rights, and corporations stand with us and let it be known in no uncertain terms that discrimination against anyone is a fireable offense