One of the things I have been hoping for and thinking about for a long time over the history of this blog is wondering when Latinx voters across the nation would get tired of being dissed by the GOP, have the same epiphany about the Republican Party not being their friends as their California cousins got in the late 90’s, and react by punishing them at the polls?

It’s a question I and a lot of people in liberal-progressive political world have long asked ourselves and waited with gleeful anticipation to see answered.   .

When would Latinos, the fastest growing ethnic group in the US, get tired of Republicans racistly attacking them for conservative political gain and as happened in California, kick the GOP to the political curb?

Looks like the answer to that question may be 2016.

In California, you can trace the decline of the Republican Party in the state in large part to the passage in 1994 of the racist Proposition 187 that was pushed by then California Governor Pete Wilson (R), the California GOP and aimed primarily at undocumented Latinx immigrants.. 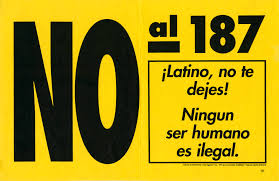 After it passed on November 10, three days later it was hit with a federal injunction blocking its enforcement.   After Gray Davis (D) was elected, the state dropped the appeal of the federal injunction in 1999, which effectively repealed it.

But what California Republicans failed to realize as they gleefully celebrated that Prop 187 win in 1994 is that by being gung ho for anti- Latinx discrimination and attacking immigrants, they were setting up the unforeseen consequences of the decline of their party and pissing off a generation of California Latinx voters
California went from being a competitive swing state to a safe Democratic bastion in less than a decade because California Latinx people left the party and then punished them at the polls for pushing the unjust law.

One of the smart things that George W. Bush tried to do as governor and Rick Perry continued as his successor was attempting to keep what happened to the California Republican Party from occurring in Texas by doing outreach to the Texas Latinx community, and appointing Latinx people to open statewide offices and positions.   He and the Texas GOP were quite aware of Texas rapidly changing demographics and inevitably becoming like California a majority minority population state by 2009.

One of their strategies for dealing with it was attempting to build the Latinx community up as a bloc to cancel out African-Americans, who they long ago lost as a constituency in 1964 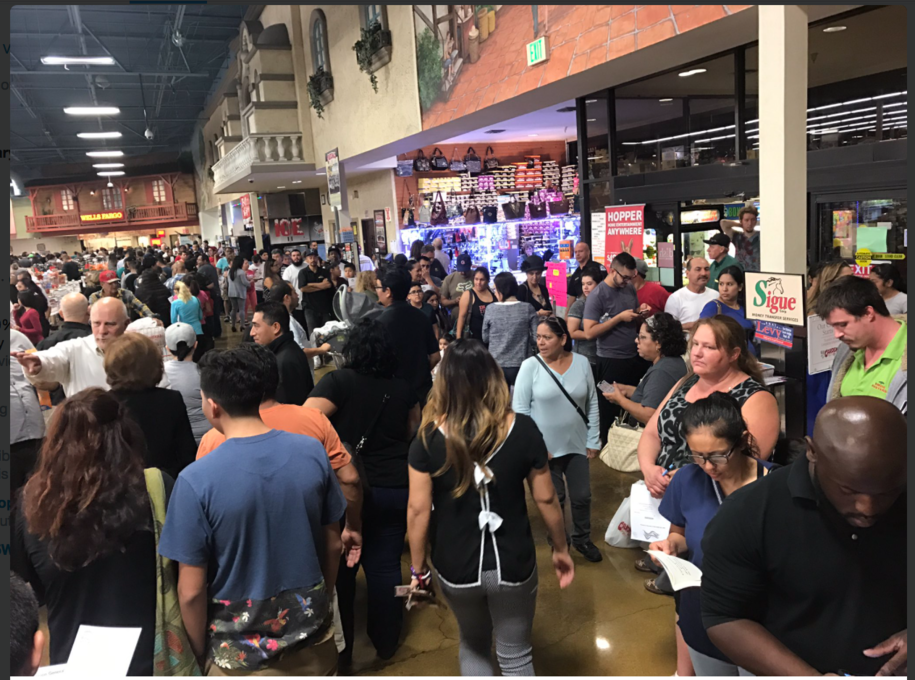 But with the increasing anti-Latinx and anti-immigration rhetoric in the GOP political ranks as part of their Massive Resistance 2.0 strategy aimed at President Obama who was in favor of comprehensive immigration reform,  combined with a candidate in Trump despised by the Latinx community, it sure looks like the long hoped for Latinx voters permanently dumping the Republican Party and realigning their votes as part of the Democratic coalition may finally be happening.

Trump has not been helped by his own Latino surrogates spouting more anti-Latinx immigrant rhetoric themselves like the infamous ‘taco truck on every corner‘ comment by Latinos for Trump founder Marco Gutierrez back in September. Latinx participation in the 2016 presidential election cycle was dramatically up across the country.  We have had Latinx celebs like America Ferrera, Eva Longoria and Wilson Cruz acting as surrogates for the Clinton campaign , and it may be the difference in this election.

We’ll see how much of a difference it makes in 48 hours.  We’ll have to stay tuned to discover whether this massive Latinx rejection of Republicans fueled by dislike of Trump continues in down ballot races and beyond November 8.

I hope the message sinks in to the Latinx community that the best way to deal with politicians who disrespect your community is either vote them out of office in every election cycle or build a wall of votes for their opponent that keeps the offensive politician out of office in the first place.

I also hope the Latinx community continues to show up and show out in large numbers in every election cycle from now on as an an important part of a liberal-progressive voting bloc that will make this country better.