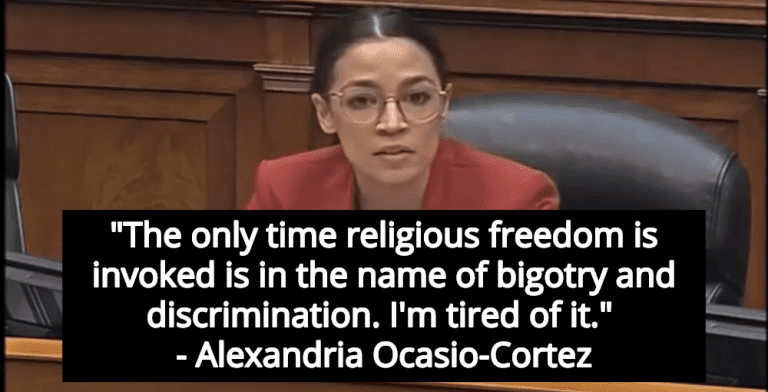 There are times I absolutely love  Rep Alexandria Ocasio Cortez (D-NY), and there are other moments in which she exasperates the hell out of me.

But I down with Team AOC in this case because she’s on point about calling out the evilgelicals (they don’t deserve to be called ‘Christians’ ) for their bigotry and anti- TBLGQ prejudice they are merrily trying to legislate into existence under the Orwellian ‘religious freedom’ buzzword.

She called out the long, ugly history of right wing evilgelicals using Scripture to justify slavery, Jim Crow  segregation, and discriminating against trans and SGL people