James Dixon, the alleged killer of Islan Nettles was offered a plea deal today, but rejected itand is going for a jury trial.  The 25 year old Dixon is alleged to have viciously beaten Nettles to death at 147th Street and Frederick Douglass Ave in Harlem back in 2013 and subsequently confessed to several people that he was the perpetrator.  . 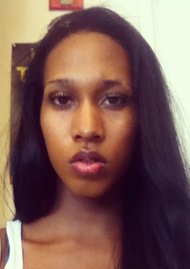 Prosecutors pushed for 17 years in jail in exchanged for pleading guilty for nettle’s murder, but Judge Robert Stolz, citing his age and lack of a criminal record, offered him 12 years in jail.

Dixon turned it down and according to his defense attorney Norman Williams, “would like to exercise his right to go to trial.”.

That trial is scheduled to start March 30, and the case against Dixon is considered by Judge Stolz and Assistant District Attorney Nicholas Viorst to be a strong one.

‘There will be confessions the defendant made to four different civilians prior to turning himself in and a written confession he made to a detective after he turned himself in,” said DA Viorst.

“There will be a lengthy, detailed, videotaped confession he made to me after that,” he added.  DA Viorst also stated medical experts will also testify about the horrific injuries that killed Nettles

“There’s clear overlay of animus toward the transgender status of the victim,” argued DA Viorst.

Since Dixon decided to take his chances on a jury trial, he is facing if convicted of manslaughter a punishment range of 5-25 years in jail..Unfortunately since the NY state hate crime statute passed in 2000 only covers sexual orientation, the enhanced punishment isn’t available.

Yep, New York trans folks got thrown under the legislative bus to pass that sexual orientation only law.

It is a trial in which the New York trans community and all of us across the nation will be watching to see if Islan after nearly 3 years, finally receives justice.