I know I have some amazing trailblazing trans people in my life that I’m also blessed enough to call my friends.   One of those people is Cecilia Chung, who I happily discovered has actress Ivory Aquino playing her in the upcoming ABC miniseries When We Rise scheduled to be broadcast on February 27.

The cool thing about the actress playing Cecilia in this miniseries is that she is a girl like us.

Ivory Aquino, who will play my homegirl in this ABC miniseries that is based on longtime gay activist Cleve Jones’ memoir When We Rise: My Life In The Movement chronicling the TBLGQ rights movement in San Francisco., recently came out as trans.

The 26 year old transpinay always knew she wanted to act, but initially gave up on that dream because she felt there was no place in Hollywood or the acting world for someone like her.

Interestingly enough, when she auditioned for the role of Cecilia,, producer Dustin Lance Black was pissed at casting because they hadn’t found any trans actresses for the role, and he was determined to cast a trans person in it. 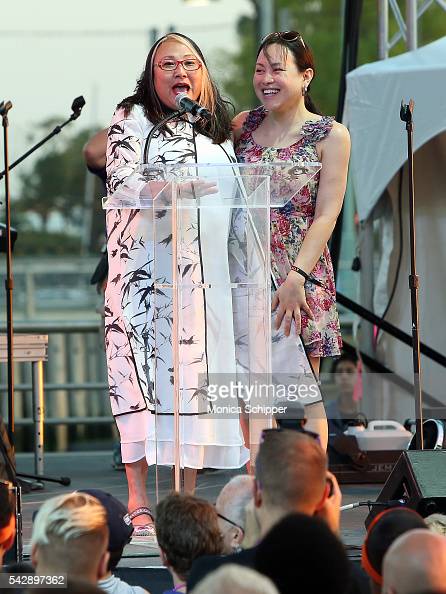 Aquino came out publicly for the first time during the recent Television Critics Association conference.  She tearfully said in an interview that she can hardly believe that she’s part of this project.

“You spend your whole life dreaming of these things,”she said. “And it’s really humbling when your dreams come true.”