A Hateful Homicide is a true crime podcast that covers the murders, and hate crimes against the transgender, gender non-binary, and gender expansive community members in the United States and abroad. The podcast originally aired on Transgender Day of Visibility (TDOV) 03/31/2021 by Transgender Advocate Mallery Jenna Robinson. The podcast first season released 13 audio episodes ranging in victims who identified as two spirit, transmen, transwomen, and non-binary. The location of the cases for Season one were throughout the United States and Canada. The episodes range from 35-60 minutes depending on the development of the case, and available content.

The first season concluded on July 3, 2021, but maintained a social media presence via Instagram during their summer break and season two premiered on October 16, 2021. The podcast airs on Saturdays at 12pm (pst),and currently streams on Apple podcasts, Spotify, and Anchor. Season 2 Episode 1: The Murder of Diane Delia: “If I Can’t Have You!” you can listen here  Once you have taken a listen, provide your feedback here  A Hateful Homicide  has received partnership support through The Human Rights Campaign of Los Angeles, Invisible Men,  The LGBT Center OC and most recently the TransGriot.com and TransGriot Weekly.

“The Victim’s Voice” is a social media campaign that highlights the important identifiers of the victim to really have the community get a better sense of who they are. The second social media campaign is “AHH HA Moment” which provides statistics and facts surrounding the transgender community, this is another way of connecting the world to what the transgender, gender non-binary, and gender expansive communities are facing.  The podcast’s Instagram handle is @ahatefulhomicide please follow and continue to share the victim’s voices.

A Hateful Homicide’s goal is to raise awareness throughout the entire World by telling the stories of the victims who lost their lives due to simply being who they are. By sharing the true crime cases with the perspective of the victims experience, this will increase the world’s awareness and even empathy towards trans homicide victims. Knowing how triggering this type of coverage can be for our followers, each episode is released with a trigger warning and audience members have expressed how helpful it is as they prepare to tune in.. The response from the podcast has been met with positive reviews, one stating, “this podcast is so needed.” There are currently 500 audio plays, with audience members ranging from the U.S. Australia, Canada, the United Kingdom, Mexico, Ireland, Denmark, Romania, Chile, France, Finland, Brazil, Austria, and the Netherlands. Podcaster Mallery Jenna Robinson identifies as an AfraCarribean Transwoman originally from Montgomery, Alabama and beginning her journey in 2006 at the age of 16 as a sophomore in high school.

She went on to teach Middle School Science and History for five years in Florida, before relocating to Los Angeles, California and becoming a transgender advocate in Southern California.

Robinson says, her goal is to continue to assure accessibility, visibility, and equity for the transgender, gender non-binary, and gender expansive community members and provide a voice to the victims who are no longer here, and by creating A Hateful Homicide she is creating a platform that gives these victims of homicide visibility by using their correct pronouns and name, while holding the suspect accountable and not blaming the victim, because of who they were. The podcast is growing in popularity, and we are excited to see what Season two has in store for us. 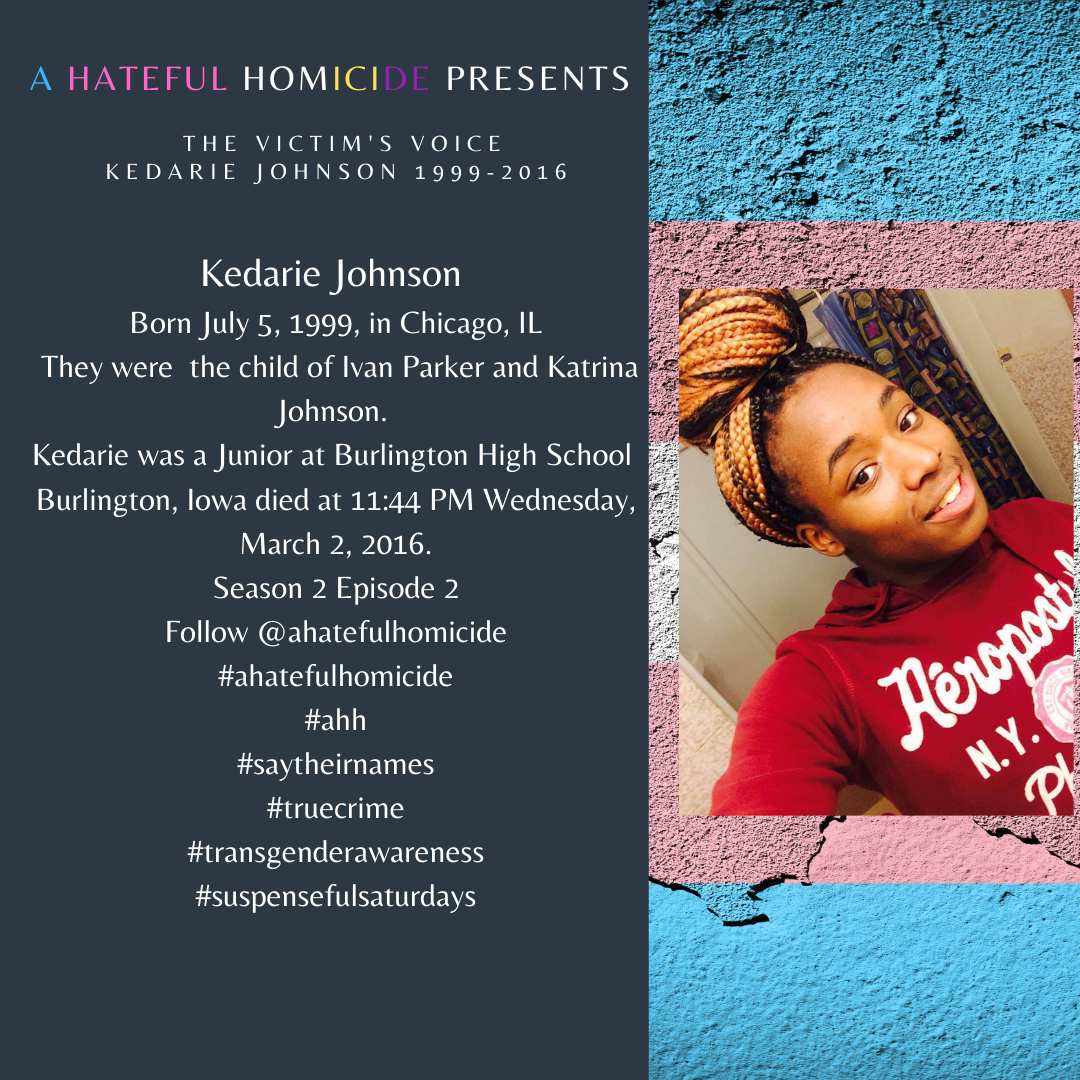 A Hateful Homicide: The Victim’s Voice