Tyra Hunter should be with us right now eagerly anticipating the celebration of her 50th birthday.

But instead, her life tragically ended way too soonbecause of two transphobes.

One of the transphobes was a  Washington DC fire department EMT.   The other was the emergency room doctor at the hospital where she died.

On the morning of August 7, 1995  the 24 year old Hunter was a passenger in a car headed to the salon in which she worked as a hairdresser.   Her mother Margie Hunter was a nurse, and Tyra had transitioned at age 17.   She was popular in the SE Washington DC neighborhood where their family lived.

The car she was a passenger in was involved in an accident at the corner of 50th and C Streets SE.  She and the driver Tedessa Rankin were pulled from the smoking ruins of the Hyundai Excel car Rankin was driving to await treatment by the DC Fire Department EMTs headed their way..

As the gathering neighborhood onlookers watched an EMT later identified as Adrian Williams began treating a semi conscious Hunter for her injuries.  He stopped and backed away after he cut open her pants legs to reveal her genitalia, saying “This b***h ain’t no girl.  It’s a n****r, he got a dick..

Williams then began joking with other DCFD personnel on the scene as the neighborhood onlookers witnessing his  and his coworkers transphobic behavior pleaded with him to resume working on Hunter to save her life.

Hunter’s treatment was stopped for 5-7 critical minutes as the DCFD personnel on the scene kept cracking transphobic jokes.  An EMS supervisor eventually arrived on the scene and resumed treating Hunter for her injuries.

One doctor refused to treat her,    Another assumed because she was a Black trans woman she had HIV and was more concerned about that instead of treating her for the blunt force trauma injuries she sustained in the traffic accident.    Hunter died in the DC General Hospital emergency room at 5:23 PM EDT.

The case sent shockwaves through and angered the DC and national trans community.   Over 2000 people attended her August 12 funeral.    Her mother Margie Gunter later won a $2.9 million judgment in a subsequent wrongful death lawsuit.

It is a case that still resonates with me and every Black trans person around at that mid 90’s time as a concrete example of the medical transphobia that can be deadly for us. 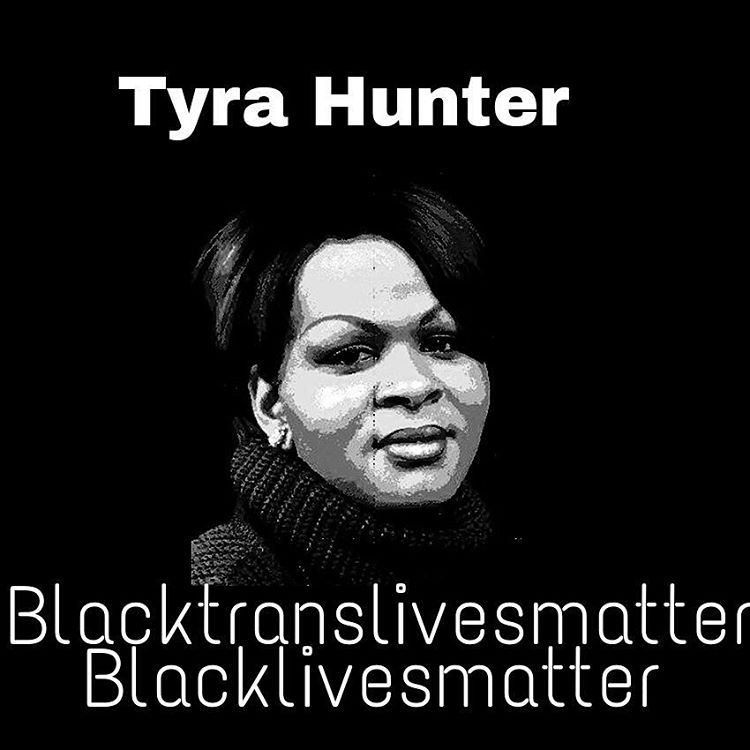 25 years later we have a federal government that is trying to return us back to those days when EMT’s like Adrian Williams and doctors could refuse to treat us.

Rest in power Tyra.   Your Black trans life mattered to me and ever trans person of your generation.  We will fight to ensure that no one suffers like you did on that August 7 day 25 years ago.