Since Little Sis announced that she was pregnant, and won the 2017 Australian Open title while with child, me seeing Serena complete a calendar year Grand Slam sweep is over for 2017, so I wasn’t paying attention when the French Open started at Stade Roland Garros back on May 22. 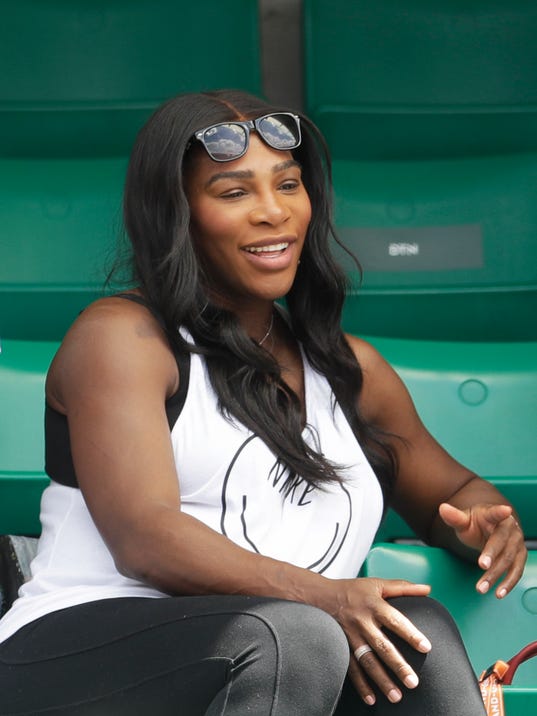 While Little Sis is counting the days until she has her first child, I forgot for a minute that Big Sis is still playing, ranked number eleven in the world WTA rankings, and at age 36 (until June 17) is still kicking butt and taking names while repping the greatest tennis playing sister act of all time.

Venus started this 2017 edition of the French Open in search of her second title and her first since 2002 as the tenth seed in this tournament.

As usual in Paris, some big name seeded players on the women’s singles tennis side have already been knocked out and are looking to have better luck across The Pond at The Championships.

Number one seeded Angelique Kerber, Johanna Konta (7), Coco Vandeweghe (19), Lauren Davis (25), Mirjana Lucic-Baroni (22) and Roberta Vinci (31) all were one match and done in the first round. The seeded players that fell in the third round are ninth seeded Agnieszka Radwanska, Elena Vesnina (14), Daria Kasatkina (26), Yulia Putintseva (27) and Zhang Shuhai (32).

But back to French Open tenth seeded Big Sis and how she’s doing in this edition of the French Open who is in section four of the top half of the women’s draw which has been decimated by the upsets and presents an opportunity for Big Sis to possibly win this title.

In the first round she dispatched China’s Qiang Wang in straight sets 6-4, 7-6 (7-3) to set up her second round match with Kurumi Nara of Japan.

Big Sis sent Nara quickly packing with another straight set 6-3,  6-1 win to propel her into the third round against Belgium’s Elise Mertens, who also got sent to the Roland Garros sidelines in that same straight sets 6-3, 6-1 score.

That win over Mertens sets up her fourth round match with 30th seeded Swiss miss Timea Bacsinszky.  Should Venus prevail, she would face off in the quarters against the winner of the match between 2016 defending French Open champ Garbine Muguruza (4) and French homegirl Kristina Mladenovic (13)

Good luck the rest of the way Big Sis!