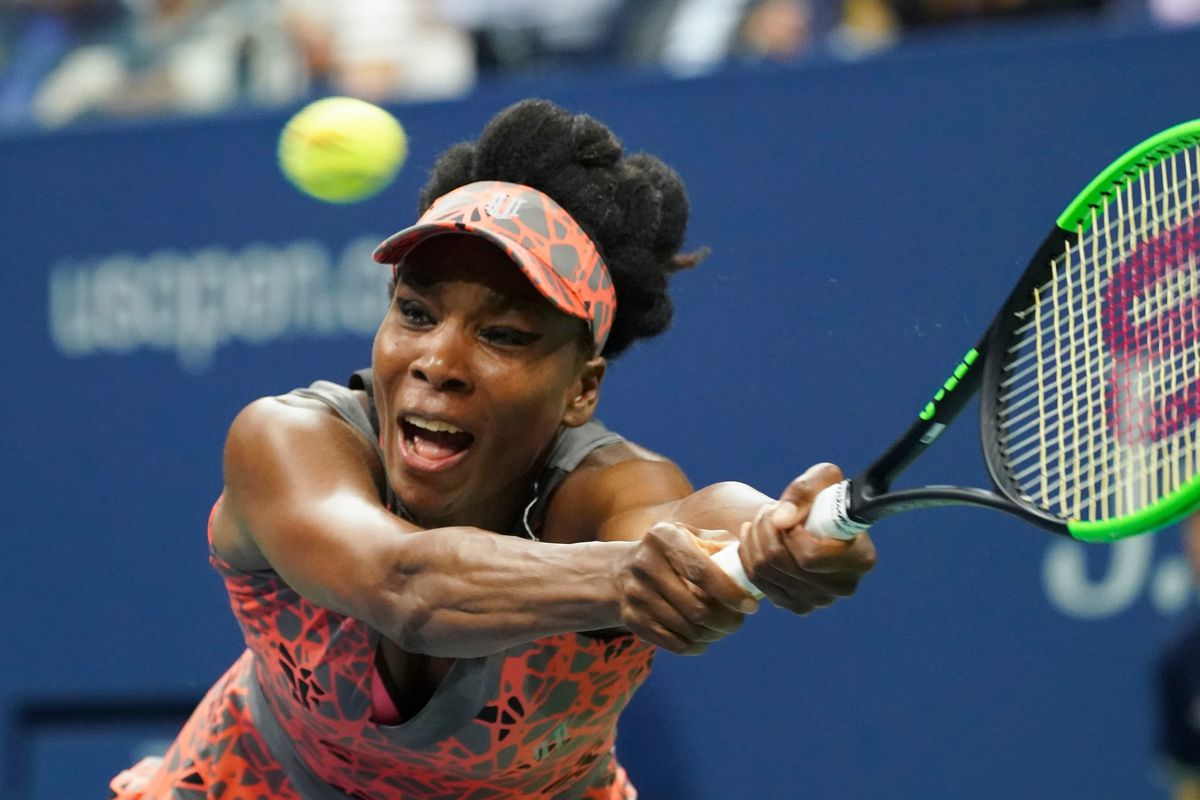 While I was busy dealing with Hurricane.TS Harvey dropping way too much rain on my hometown, the 137th annual US Open kicked off at the Billie Jean King National Tennis Center in Flushing Meadow, NY on August 28.

It’s the last Grand Slam of the 2017 tennis season and the last one a pregnant Serena Williams will miss since she’s due to give birth to her first child in September.  In bad news for the rest of the women’s tennis tour and good news for all who love her, she’s planning to return to the tennis tour in January 2018 for the Australian Open.

It’s also the first Grand Slam tournament that Maria Sharapova is able to play in since coming off her suspension after the 2016 Australian Open for violation of the anti-doping policy.

One of the favorites in this year’s US Open to no one’s surprise is Venus Williams.  She’s appeared in the Australian and Wimbledon finals this year and if she makes it to and wins the US Open, she will reclaim the world number one ranking for the first time since July 2002

The door has been opened for Big Sis to reclaim the number one ranking thanks to 2016 defending US Open champ Angelique Kerber getting upset in the first round in straight sets 6-3, 6-1 by Japan’s Naomi Osaka along with Simona Halep’s loss to Sharapova.

Meanwhile, ninth seeded Big Sis is handling her tennis business so far   It took her three sets, but survived her opening round match against Slovakia’s Viktoria Kuzmova 6-3, 3-6, 6-2 to move on to the second round against Oceane Dodin of France.

Venus beat Dodin in straight sets 7-5, 6-4 to advance to her third round match against Greece’s Maria Sakkari.

The winner of this match will face in the fourth round the winner of the clash between Ekaterina Makarova and Carla Suarez Navarro.

Will Venus finally claim a Grand Slam title this year?   We’ll just have to wait and see.