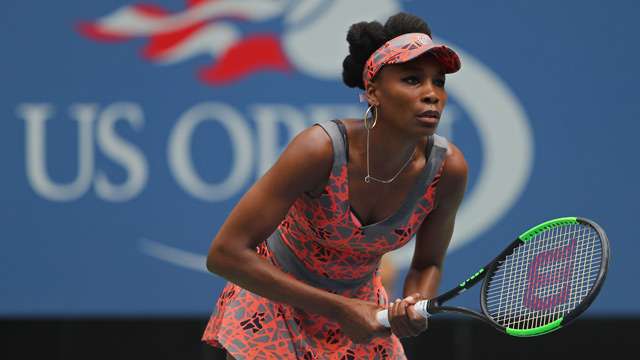 Venus Williams became an aunt on September 1 when Little Sis gave birth to a 6 pound 13 oz girl who is probably ranked in the Top 100 of the ATP women’s tennis ranks.

And yeah, rest of women’s tennis tour, she and her child will be at the 2018 Australian Open

After 9th seeded Big Sis dispatched Maria Sakkari of Greece in straight sets 6-3, 6-1, she faced a tougher task in the fourth round as she took on Carla Suarez Navarro of Spain.  It took her three sets, but she survived and advanced to the quarterfinals by a 6-3, 3-6, 6-1 count.

That  win earned her a quarterfinal matchup with the Czech Republic’s Petra Kvitova, who was fresh off upsetting 2017 Wimbledon champ Garbine Muguruza in straight sets. This was another three set battle for Venus. and that third set was decided in a tiebreaker.  It went Big Sis’ way 6-3, 3-6, 7-6 (7-2) to punch her ticket to her third Grand Slam semifinal this season.

Her opponent will be fellow American Sloane Stephens, who also survived a three set match that was decided on a third set tie breaker against Latvia’s Anastasija Sevastova.

Can Aunt Venus make it to her third Grand Slam final and her first US Open final since 2002?

And more importantly, can she finally break through and win a Grand Slam title this year?