As you probably guessed, if I win I get to make a little historyas the first Black trans feminine Pride Houston parade female Grand Marshal and only the third Black female in the history of the event to ever become Grand Marshal.

Lou would also make some history if he wins.  He would become the first ever transmasculine Houston Pride Male Grand Marshal. 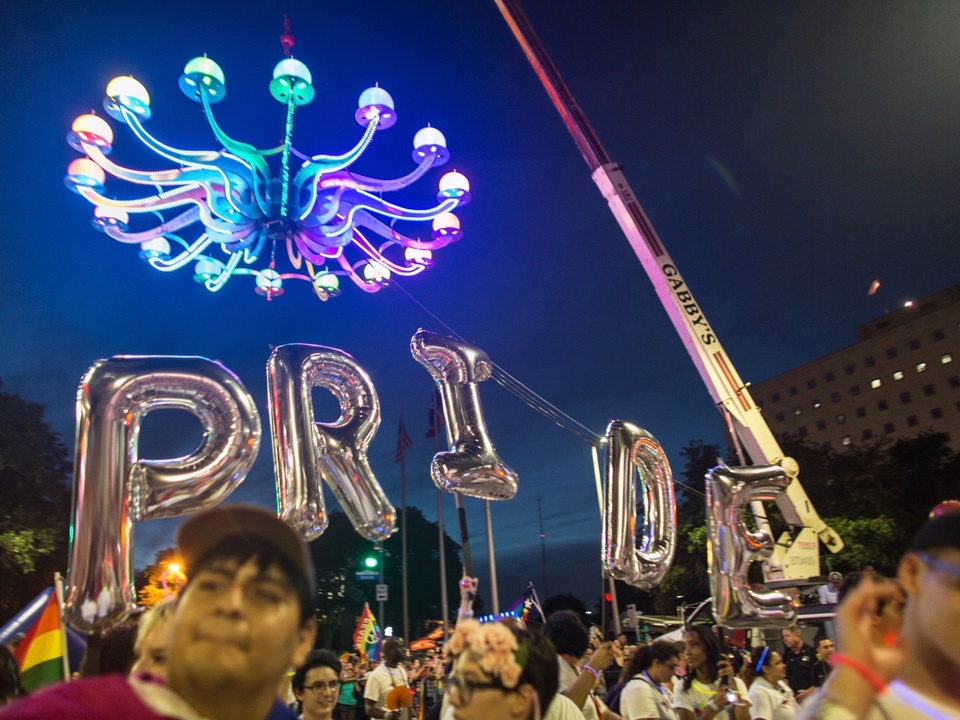 Last year I marched in the parade with the Organizacion Latinas De Trans en Texas along with Dee Dee Watters in front of their amazing color guard carrying trans pride flags.   If I successfully get enough votes to do so, I’ll have the honor of riding in one of those nice Grand Marshal cars at the start of the parade in addition to being present for the Pride Week events in the runup to Saturday’s parade.

Pride Week this year will run from June 18-25, and here are the  the events scheduled for it..

We’ll see if that happens for me since the online voting just went live and runs through April 9 at 5:00 PM CDT for the honor.   Here’s the link for the Pride Grand Marshal voting to do so.

For those of you who don’t live in the Houston area, I’ll keep you updated on what’s happening in the process all the way to the Pride Kickoff event in .April in which the winners will be announced.

On February 19 I get to attend a meet and greet from 5-8 PM CST at Guava Lamp in which I get to meet not only my fellow Grand Marshal nominees, but also people in the community.

It’s located at 570 Waugh Drive on the edge of the gayborhood near Allen Parkway, and hope that you’ll spend part of your Sunday with me and my fellow Grand Marshal candidates. ,