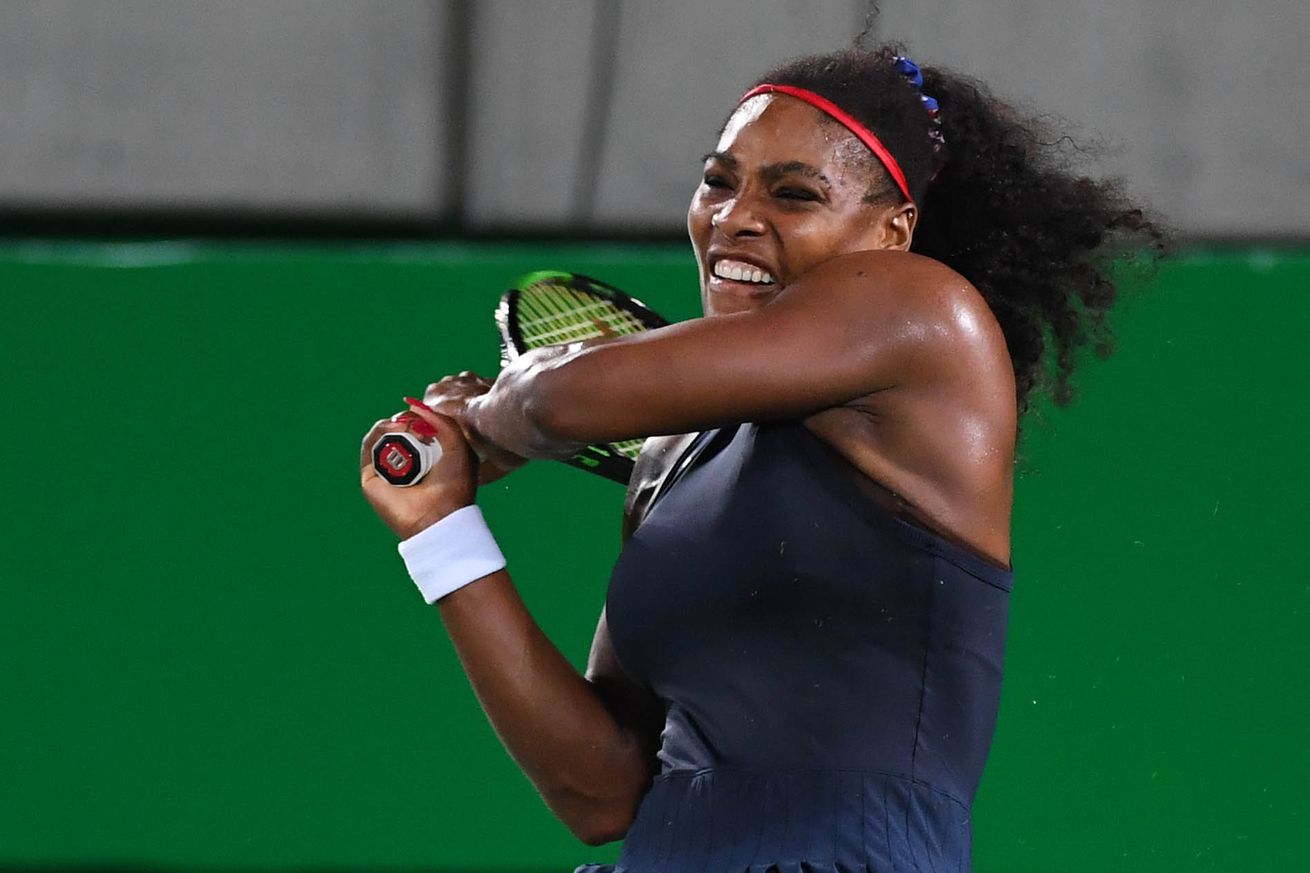 After a surprising exit in the Rio Olympic singles and doubles tournament, Serena Williams enters New York and this edition of the 2016 US Open with an eye toward winning the title that she shockingly lost last year in the semifinals just shy of a calendar year Grand Slam.

It’s the last tennis Grand Slam tourney of the year, and she’s still not happy about the one that got away.   So look out all you peeps playing against her starting today and over the next two weeks,

Serena’s still ranked number one in the world, is the number one seed in this edition of the US Open and number one in our hearts.   She and Venus step on the Flushing Meadows grounds of a USTA Billie Jean King National Tennis Center that has undergone some major changes,

This will be the first open in which Arthur Ashe Stadium as part of the $550 million dollar renovation to the USTA National Tennis Center will have a retractable roof to cover the main stadium court like the Aussie Open and Wimbledon have had for years over their main Grand Slam tournament venues.  Louis Armstrong Stadium will also have a roof enclosing it once it is reconstructed and its current 10,200 seating capacity is increased to 15,000 by the 2018 Open.

Unlike the Australian Open and Wimbledon, the US Open officials plans are to only close the Ashe Stadium roof for rain, not extreme heat.  We’ll see how long that lasts.

A brand new 8000 seat Grandstand Court will also make its debut at this tournament, and for those of you in the New York area planning on attending it this year, you’ll be happy to know that the National Tennis Center grounds were also redesigned to improve foot traffic,

But back to talking about the US Open which will run until September 11.   Serena will start her pursuit of her record seventh US Open title title and 23rd major title with a tough opening round match versus Russia’s Ekaterina Makarova.

Should she win that one, it’s on to the second round to face the winner of the Antonia Lottner- Vania King match

Venus was the Williams sister that surprisingly took home a medal from Rio, a silver that she won in the mixed doubles tournament with Rajeev Ram.   She’s seeded sixth in this edition of the US Open and unfortunately is in the same half of the draw as Little Sis.

She will open up first round play in a match with Kateryna Kozlova of Ukraine, and would face the winner of the Julia Gorges-Yanina Wickmayer match in the second round.

And in case you’re wondering if Venus and Serena were entered in the US Open doubles, nope they aren’t.

Best of luck to my fave tennis playing siblings in this last tennis Grand Slam of 2016.