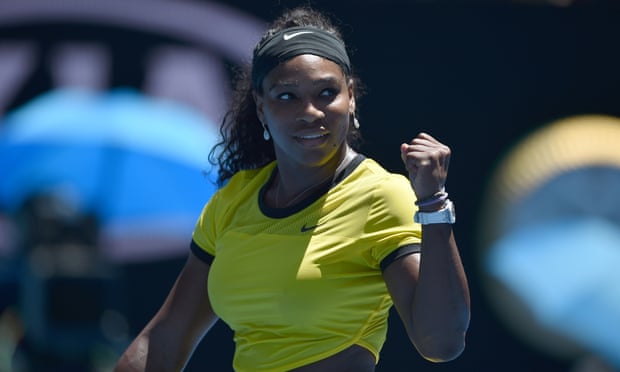 While I was in Chicago dealing with a drama filled Creating Change conference, I was comforted in the fact that Serena Williams was kicking butt and taking names on her way to hopefully her seventh Australian Open title and 22nd Grand Slam title overall.

In her Australian Open third round match she played during the January 22 night session at Rod Laver Arena, she made quick 6-1, 6-1 straight set work of Russia’s Daria Kasatkina.

Two days later on that Rod Laver Arena court she only took 55 minutes to efficiently send another Russian to the sidelines in Margarita Gasparyan.    Little Sis beat her in straight sets 6-2, 6-1 to set up a quarterfinal match with an opponent she hasn’t lost to since the 2004 Wimbledon finals in Maria Sharapova.

Maria may be tired of hearing about it, but facts are facts.  You’ve lost 17 straight matches to the greatest tennis player of all time, and until you beat her, you’ll get repeatedly reminded of it.

Should Serena handle her tennis business and make it 18 straight against Sharapova, she would face the winner of the Agnieszka Radwanska – Carla Suarez Navarro match in the Australian Open semifinals.