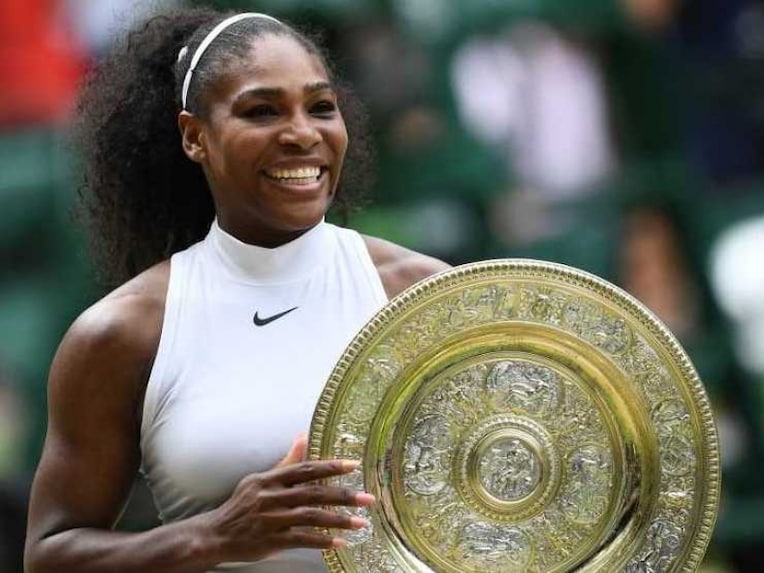 Should be an interesting Saturday for the Williams sisters, and you never bet against them when they are playing matches at their personal SW19 tennis playground called the All England Club.

It took a while, but after upset losses in the 2015 US Open semis, the 2016 Australian Open finals and the 2016 French Open finals a month ago, world number one Serena Williams finally gets that elusive Grand Slam title number 22 at her SW19 tennis playground.  She prevailed with a 7-5, 6-3 straight set win on Centre Court over Germany’s Angelique Kerber, the player who upset her in Australia a mere six months ago.

That was then, this is now.   While the fourth seeded Kerber came to play and tried to execute the game plan that worked for her in Melbourne by trying to hit those wide crossing shots to pull Serena off the court, Serena was anticipating she’d do that and was ready for her this time.

She cut that off, and when it was time to serve, it was on target and being placed with laser precision accuracy wherever she wanted it.

This was her seventh Wimbledon ladies singles title, and she has a shot at capturing another title today with Big Sis in the ladies doubles championship.  Should they knock off the Timea Babos-Yaroslava Shvedova duo, it would be their 14th doubles Grand Slam crown

TransGriot Update: She and Venus did win the Wimbledon ladies doubles crown.  They won their sixth ‘Williams’-don doubles title in a straight set 6-4, 6-3 win over Timea Babos and Yaroslava Shvedova.

They are now 14-0 in Grand Slam doubles finals.