My fave college football team starts what has the potential to be a blockbuster 2016 season when they kick off in a few hours against the number 3 ranked Oklahoma Sooners at a sold out NRG Stadium. Nobody outside Beltway 8, including college football pundits  is giving the number #15 ranked Cougars a chance against a team that was a semifinalist in last year’s College Football Playoff and is considered a favorite for the Big XII title.  But then again, none of the college football pundits thought the 13-1 Cougars could hang with Florida State in the Peach Bowl either,

But after an offseason in which they hauled in a recruiting class that ranked number 35 in the nation and included 5 star homeboy DT Ed Oliver, you may not want to sleep on this team.

But the start of this season for the Cougars seems to have a lot riding on it.  In addition to being considered for Big XII membership, the defending American Athletic Conference Champs will be trying to prove their 13-1 record last year wasn’t a fluke along with the 38-24 Peach Bowl demolition of Florida State.

But as Coach Tom Herman said, that was last year’s UH team. This 2016 UH team will have to forge their own legacy, and they can take a major step toward that in a few hours.

“We’re the same disrespected, little American Conference team with a giant chip on our shoulder,” Herman said. “The media and everyone else might have put us in the top 25, (and) that’s based off of what last year’s team did. We haven’t done anything.”

In addition to opening at NRG Stadium with Oklahoma and possessing the best ranking to start a football season since I was walking the campus, they’ll also be facing on November 17 a Louisville squad at TDECU Stadium with revenge on their minds along with their opponents in The American who want to repeat on a weekly basis what UConn managed to do last year in upsetting the Coogs. 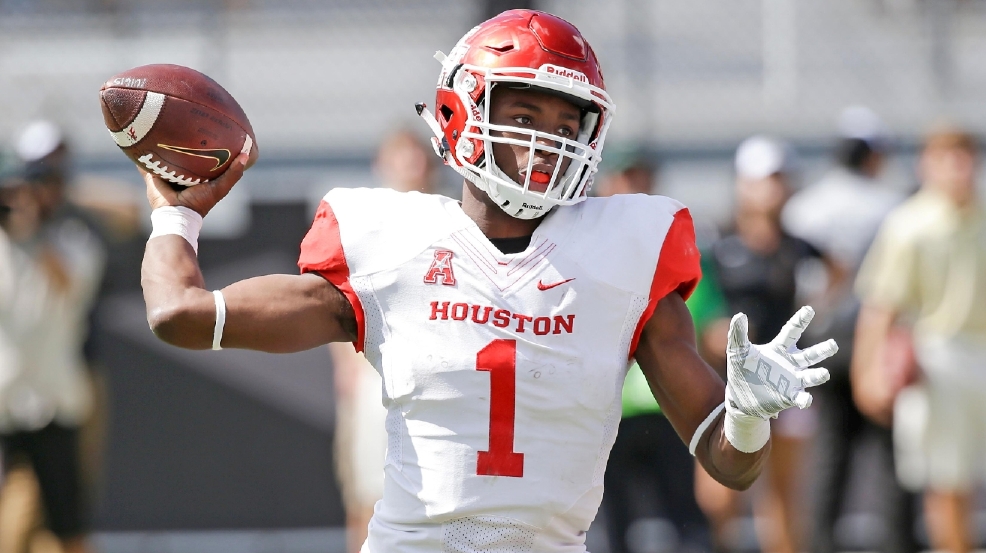 The Coogs are shooting for a repeat American title, a possible Heisman Trophy for QB Greg Ward, Jr,  and possibly crashing the College Football Playoff party if they can run the table schedule wise.

But the huge piece of that 2016 Cougar college football season puzzle starts at 11:00 AM CDT.