I was happy to see Caster Semenya of South Africa after all the drama she has been through since bursting into the world’s consciousness at age 18 during the 2009 IAAF World Championships in Berlin by running and winning the 800m in the fifth fastest time ever run by a woman.

She went through Hades after that because it is assumed she has a condition called hyperandrogenism, that naturally produces more testosterone in her body than the average female athlete, and some peeps are complaining that isn’t fair to other female competitors.

What they do is just deal with the fact they are born with some competitive advantages, train harder and do their best to beat him.  Sometimes they do, sometimes they don’t.

But the fact Semenya is a continental African running in an athletics race that has been one that white female athletes have until recently dominated is probably one of the reasons I believe why she’s gotten so much unwarranted crap and scrutiny.

It’s one of the many reasons why I’m rooting for Semenya to win the gold medal she ironically lost out on in London to an allegedly steroid fueled Russian competitor in Mariya Savinova four years ago. 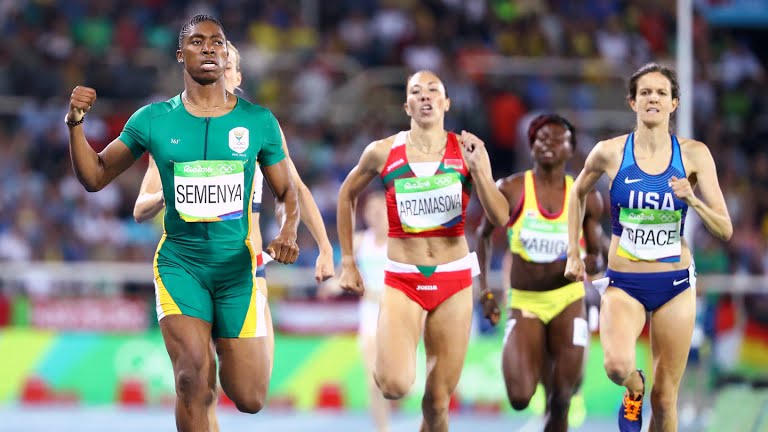 Semenya is considered the favorite to be standing atop the medal podium hearing the South African national anthem after taking a silver medal in London.

And I’m going to have fun hopefully watching her do so.