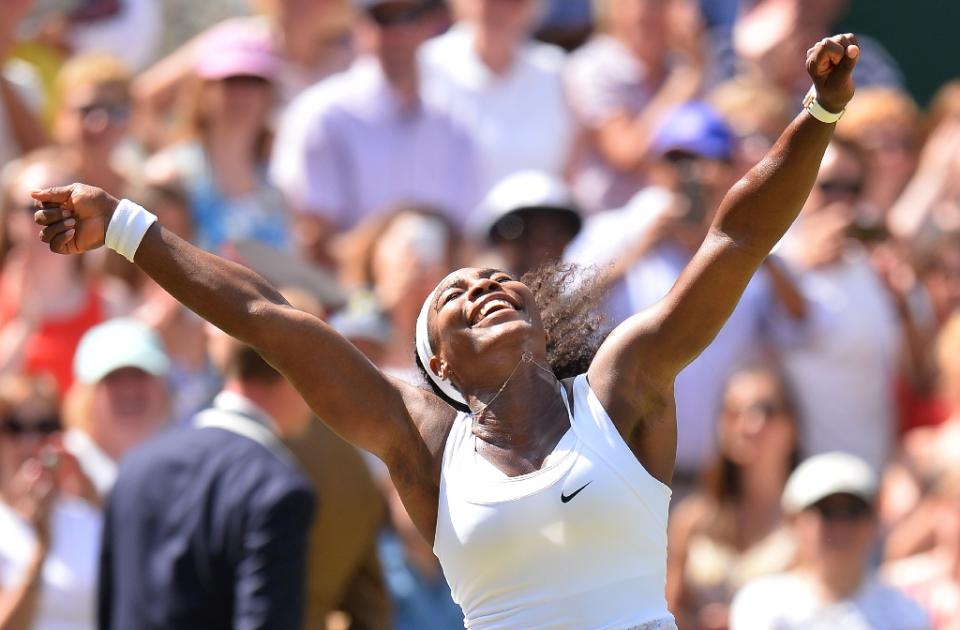 Serena Williams ended her business trip to London on a successful note as she captured her sixth ‘Williams’-don title, her 21st Grand Slam championship overall, and her second Serena Slam with a 6-4, 6-4 straight set victory over Garbine Muguruza of Spain.

But the 21 year old Muguruza, who knocked Serena out of the French Open last year in the second round and was confident she could pull off the upset again, and was determined to not roll over and hand the Venus Rosewater Dish to Little Sis.

She was planning on making Serena earn the trophy, and she did..  Muguruza broke Serena’s serve in the opening game of the first set and built a 4-2 lead before Serena kicked it up another level and won the next five games to take the set and go up 1-0 in the second set.

Williams built a 5-1 lead in the second set before the nerves and magnitude of what she was about to accomplish briefly affected her, and she dropped two service games with a chance to serve for the title as Muguruza fought to stay alive in the match.

Muguruza closed to 5-4 with a chance to serve to knot the set at 5-5.   But Serena would wake up and build a 40-0 lead and watch Muguruza hit a forehand shot wide to get the break and her sixth Wimbledon title.

The queue for the strawberries and cream flavored Haterade forms to the left.

See y’all in New York next month for what may shape up to be a historic US Open.