The Williams Sisters so far successful business trip to Flushing Meadow for the US Open continued into the third round, but this time the sisters days were reversed.   While 23rd seeded Venus breezed to a straight set 6-3, 6-4 win against Switzerland’s Belinda Bencic, the evening session for number one seeded Serena didn’t quite go as planned for her against fellow American Bethanie Mattek-Sands.

Let’s talk about Big Sis for a moment.   She advanced to the fourth round of the US Open for the first time since 2010 by knocking off the 12th seeded Bencic.   She will play qualifier Anett Kontaveit of Estonia who knocked off American Madison Brengle in three sets to get to the fourth round.

Serena’s run to tennis history and the US Open fourpeat ran into trouble in her match with Mattek-Sands.  While she came out flat in the first set, spraying 14 unforced errors to just one for her opponent, Mattek-Sands was on her A game to the point that Serena dropped her first set at the US Open to another American since 2005.

Last American to take a first set from Serena at the US Open?   Her big sister Venus. 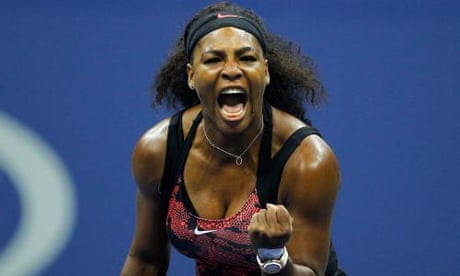 But Serena dropping the first set in a Grand Slam has been a recurring theme this year, but she has managed to summon that refuse to lose will, up the level of her game and escape with the win eight times.

But Mattek-Sands kept up the pressure, coming within two games of springing the upset for the ages before Serena found the A++ tennis level that many people can’t match and won eight straight games to take the match 3-6.7-5, 6-0.

Serena’s next opponent will be Madison Keys, who she vanquished in the Australian Open semis earlier this year.   Keys got past Agnieszka Radwanska in straight sets to earn another shot at the world’s number one player.

Should Serena and Venus get past their fourth round opposition on Sunday, they will face each other in the US Open quarterfinals.