One of the necessary tasks that we embark on during a gender transition is changing our identity documents to make them match the person we are.    It is a costly and time consuming process to get the name, gender markers and other identity documents changed, and how fast it happens depends in large part on how much money you have in your wallet or purse to do so.

When I started my transition in 1994, money wasn’t a problem.   I was an airline employee making a nice living, so it was just a matter of getting the process started and if I incurred fees for doing so, reaching into my purse, pulling out my wallet and pulling out the cash to cover it.

But I also didn’t think at the time I started the process it would take me nearly 20 years and living in two states to complete it.

I started with getting my Social Security card changed in 1998 since it is pretty much next to your drivers license a de facto national ID card. While the Social Security Administration won’t change the SSN number for numerous reasons, they will change the gender marker and name on it.

Since Clinton was president when I did so, it was a no drama situation.   During GW Bush’s presidency, a problem arose with the SSA starting in 2002 to send ‘No Match’ letters that had the effect of outing trans people to their employers.

My next task was my Texas voter registration card.   I was determined to be voting in the upcoming 2000 presidential election as Moni, and I successfully completed that in October 2000 just a month before that election.  .Little did I know at the time that less than three months after I got that voter registration changed that I would be bounced from that airline job I’d been at for 14 years and was planning to retire from.

It was a seismic change to my life and my finances, and I now had to adjust to making half of the $40K a year I was making.   While I was upset about it at the time, the September 2001 move to Louisville produced an unexpected blessing that happened two weeks after I moved there. In Kentucky the name change process in Jefferson County where I now lived was a simple, one page administrative form in which I filled out the info, swore it was accurate and true, and when I was done signed it and paid my then $10 fee.  It was then mailed to me a few days later stamped and signed by the court.

However, while my name now was officially Monica, the only way the gender marker was getting changed under Kentucky law at the time was if I had a ‘gender altering surgery’.  Because of my loss of the airline job and using the money I’d saved for surgery to pay bills in the six months I was unemployed in Texas prior to the move to Kentucky, SRS had now become a back burner luxury item

I knew I was going to need to change my birth certificate and file the name change I’d received in Kentucky back in Texas, but that also got put on the back burner as I spent time getting adjusted to my life in Da Ville and dealing with far less discretionary income in my bank account.

I moved back to Houston in May 2010 to help take care of my grandmother, but that still meant that my income was limited to deal with the paperwork issue.  I still had my Kentucky drivers license in my possession that wasn’t expiring until June 2013 with correct name but wrong gender marker, but my Texas voter registration was correct.

But two events in June 2013 would galvanize me to get serious about completing my documentation and infuse it with a sense of urgency.   The unjust ruling in the Shelby vs Holder SCOTUS case gutting Section 4 of the 1965 Voting Rights Act meant that the unjust Texas voter suppression law could be enforced, and if I wanted to vote in the upcoming November Houston city elections, I now needed a Texas drivers license.

We also had a family reunion coming up in Denver in June, when my Kentucky license was scheduled to expire.  That process to simply renew my license in the time I’d been away from Texas had been made more difficult by our Texas GOP majority and it took me nine months to get my Texas drivers license.   I also spent a very nervous trip every time it was my turn to get behind the wheel on our 1700 mile drive to that reunion that took us across Texas through Dallas, Oklahoma, Kansas and eastern Colorado to get to Denver and back 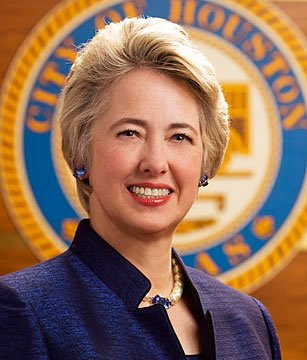 The urgency to have the Texas driver’s license in my possession before the November Houston mayoral election did force me to get moving on filing my Kentucky name change in Austin.  I ended up as a result of that nine month Lone Star bureaucracy battle with a new Texas birth certificate and a TDL with correct name but incorrect gender markers.

But it was a driver’s license I didn’t receive until two months after the election in January 2014, which meant I was voter suppressed out of it..

Fast forward to the 2016 election, the next event that ratcheted up my concern for finishing the process I’d started in 1998.  Because I’m a frequent flier, I was also getting tired of showing my mismatched ID at TSA security and other locations and getting jacked up at times because of it.

But as a native Texan, I was going to need to go to court to change that gender marker, and in Harris County, many of our judges are Republicans who routinely deny name changes to trans people.   Thanks to the blue wave that swept many of those regressive Harris County GOP judges out of office and replaced them with diverse Democratic judges, I hope that reprehensible pattern changes.

But it still costs money to make that name and gender marker process happen, and here’s where another unexpected blessing happened that got me closer to completing that process.

The Trans National Alliance held a New Year’s Eve Great Gatsby themed fundraiser party at Nikki Araguz Loyd’s home in which the TNA was raising money to do name changes for trans people who are on limited incomes.

They raised enough money at that fundraiser to fund two name changes, and I was shocked and surprised to find out moments after we counted down the start of 2017 that I would be one of the people receiving that name change assistance along with Dee Dee Watters.

Two weeks ago Nikki, Dee Dee and I rolled to Austin.  We made happen in the span of five hours getting Dee Dee’s name and gender marker change process started, getting me fingerprinted at a nearby Passport Express location from the courthouse, the court order for the gender marker change, getting the request for my new corrected birth certificate submitted, and taking the photo for my new Texas drivers license with the only ‘F’ I’ve ever wanted at an Austin DPS office.

And before heading back to Houston, we celebrated the accomplishment while waiting for ATX rush hour traffic to die down with dinner.

Transgender National Alliance is having a dinner and drag bingo fundraiser on March 14 at Hamburger Mary’s, so check it out, reserve a table and help TNA raise some money to make happen for other trans people with their identity documents what happened for me and Dee Dee.

Yesterday I received my new birth certificate and Texas driver’s license in the mail.  I cried joyful tears when I pulled them out of their respective envelopes and saw my full name with the ‘F’ and ‘female’ in the gender marker box on both documents.

Have a trip coming up at the end of the month to Orlando for the LGBT Media Journalists convening, and can’t wait to show my drivers license to airline employees, TSA security and hotel desk personnel without having a sense of dread or acute embarrassment happening when I reluctantly pull it out of my wallet.

Now it’s just getting my passport so I can finally do some international travel and some other records, and the journey will be complete.   But the major mountain in terms of my identity documents has been climbed. .

It was a long journey to get to this point full of twists, turns, frustration and drama, but seeing and knowing that my documents finally line up with the person I know I am and the world sees me as is priceless.